By Jeanine In France 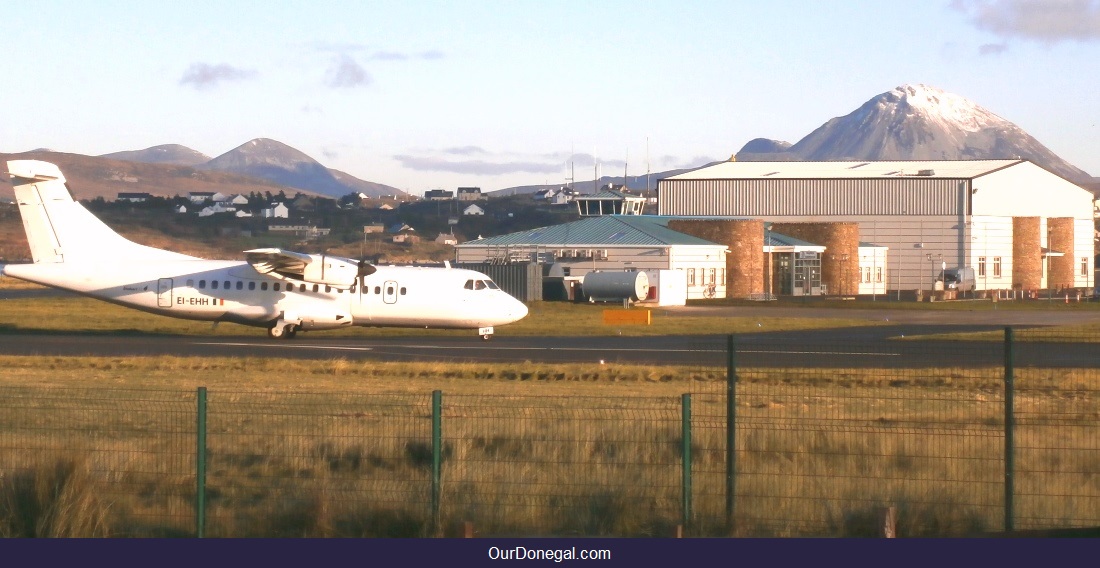 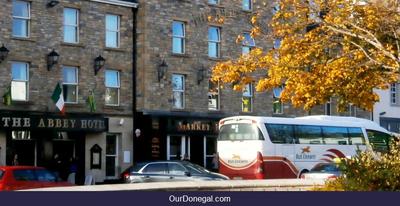 Reader Question: Is Bus Eireann a suitable way to travel from Dublin Ireland Airport to County Donegal? I saw the journey is about three hours? I will stay in a Donegal Town hotel, or a Letterkenny hotel in mid-April.

Our Reply: Hello Jeanine. You have at least three good options for getting from Dublin Airport to County Donegal. They are...

Donegal Flights: You can catch a flight from Dublin Airport directly to Donegal Airport (CFN) (link opens new window). Carrickfinn Airport, as it is known locally, is on a small scenic peninsula right on the edge of Northwest Donegal's dramatic Atlantic coast.

The magnificent aerial approach to Donegal Airport was voted second in the global PrivateFly 2017 Scenic Airports Poll. The airport came seventh in the same poll for 2016. Voters from around the world placed it ahead of St. Maarten Airport in the Carribean, as well as London City and other scenic airports. (Both links open new windows.)

Flights approaching Donegal Airport overlook both Inishfree Bay and Gweedore Bay, with their shared natural necklace of pretty satellite islands. The airport's runway is parallel to beautiful Carrickfin beach. Looking East, the scene is dominated by the dramatic solid mass of Errigal Mountain. This airport is in the county's Gaeltacht region, where you can still hear the ancient Celtic language, Gaelige, being spoken.

Bus Eireann Expressway: This is quite a popular way of getting from Dublin Airport to County Donegal. There are nine services per day from the airport to Letterkenny, and another nine to Donegal Town.

The Expressway service is worth considering if you won't be needing a car during your vacation. For example, if you'll be staying around town, or are contented to simply join an occasional guided day tour for any sightseeing excursions you'd like to take. Car hire is available in both Letterkenny and Donegal Town, though (see our Tip below for more car hire info).

Bus Eireann takes you to your destination through pleasant Irish countryside, and a series of pretty Irish towns. The route also includes part of Northern Ireland, a UK jurisdiction.

Tip: If you'd like the use of a car without having to drive it all the way from Dublin Airport, you might prefer to hire one locally instead. Either way, you'll most likely need one if you plan to explore Donegal's many wonderful attractions independently - the local public transport system is comparatively limited. Here are the links: Donegal Airport and Letterkenny car hire (Enterprise) and Donegal Town car hire (SR Motors) (both links open new windows).

Rate this Article, and Leave a Comment about it...