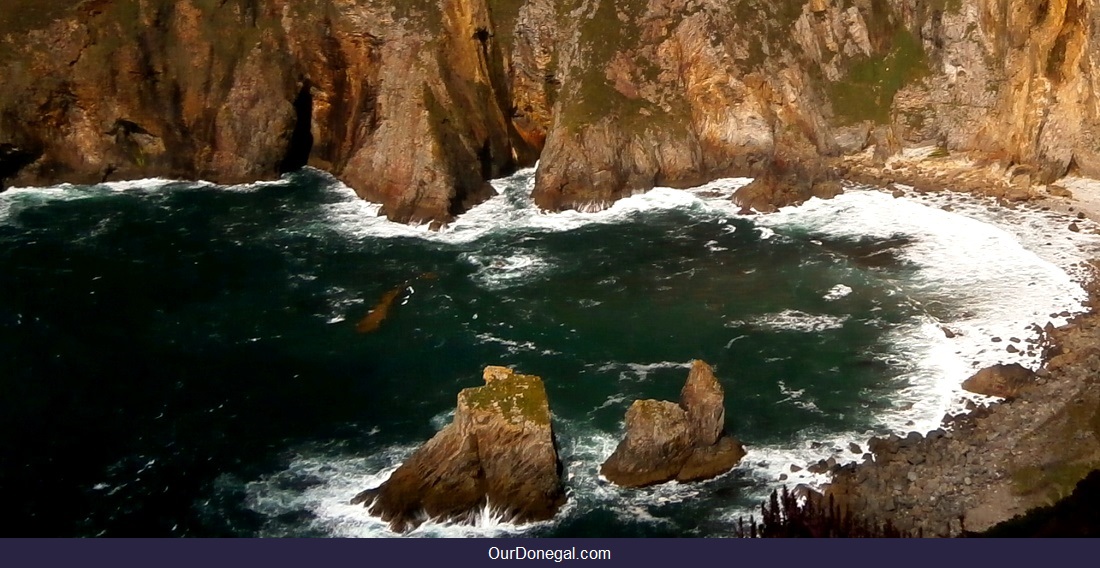 We're not at all surprised that the National Geographic (link opens new window) selected Donegal Ireland as the world's coolest place for 2017.  Apparently the county's magnificent Atlantic coastline dotted with sea stacks, remote pristine beaches, and even more remote satellite islands made a big impression on the UK magazine's travel team. 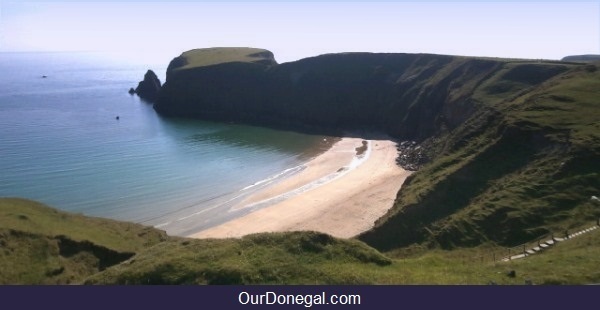 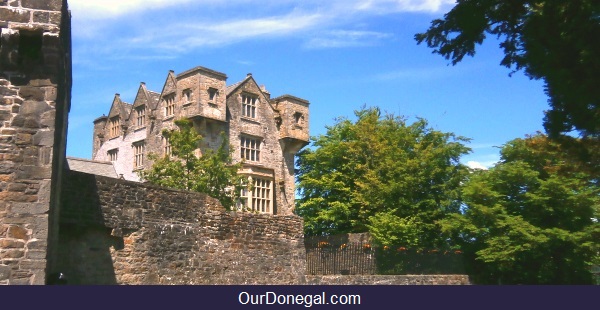 This historic castle, near the heart of Donegal Town, was built by Celtic Chieftain, Red Hugh O'Donnell the First in 1474.

The castle was the stronghold of the O'Donnell dynasty until 1607.  In that year, all the noble families of Ulster, including those of Donegal, were forced into exile by foreign invaders. 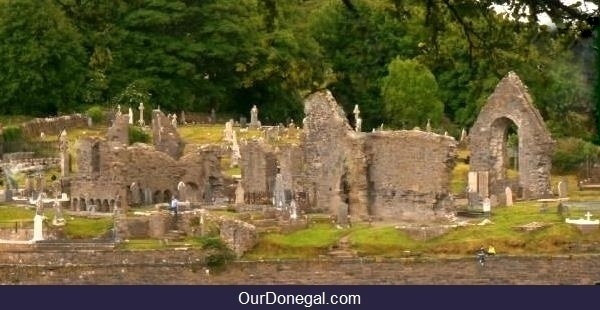 The ruins of this historic Celtic abbey, built in 1474, are located at the mouth of the scenic Eske estuary in Donegal Town, just a short walk from Donegal Castle. 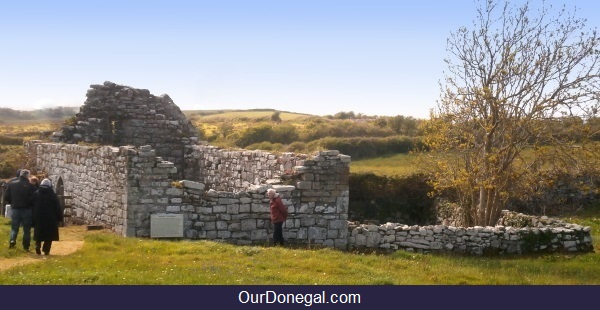 This area near diversely historic Ballyshannon holds multiple layers of dramatic history, from the earliest Celts to remarkable saints, and beyond.

Neighboring Kilbarron Castle was the home and birthplace of Brother Michael O'Cleary, who co-wrote 'The Annals of the Kingdom of Ireland'. 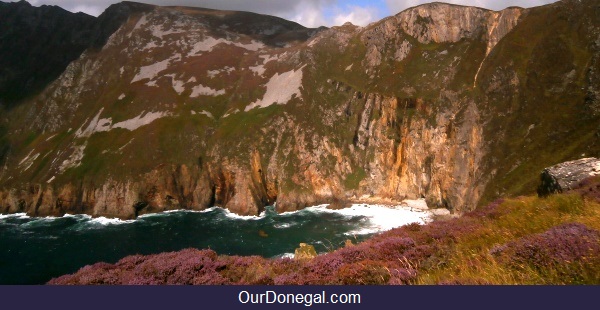 These are the highest sea cliffs in Europe, at over 600 meters above the Atlantic.  Visiting this hill-walkers' paradise will surely be one of the most exciting experiences of your vacation.

The cliffs are in the southwest Donegal Gaeltacht region and are part of historic Slieve League mountain near Killybegs.  They are on the International Appalachian Trail. 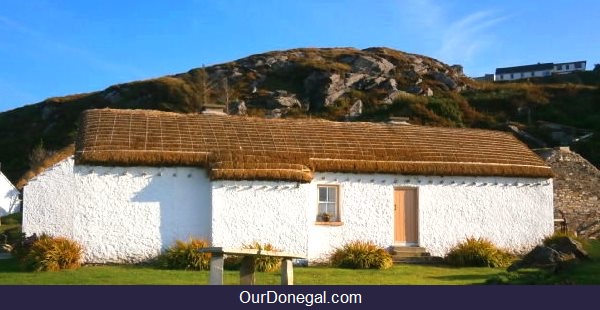 Immerse yourself in Celtic heritage and culture.

Plus experience some of Ireland's finest rock climbs, and more in this scenic remote region. 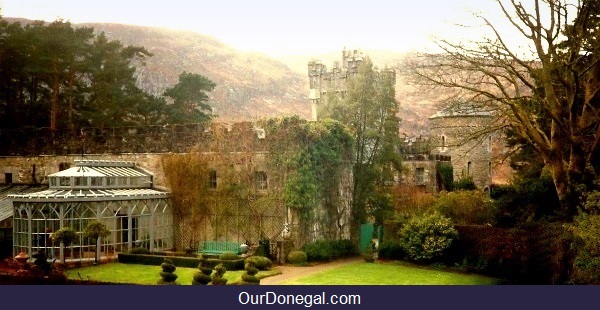 This pristine wilderness boasts one of the most beautiful castles in Ireland.  A tour of the excellently preserved historic Glenveagh Castle holds a few surprises and is a 'must' on your itinerary. 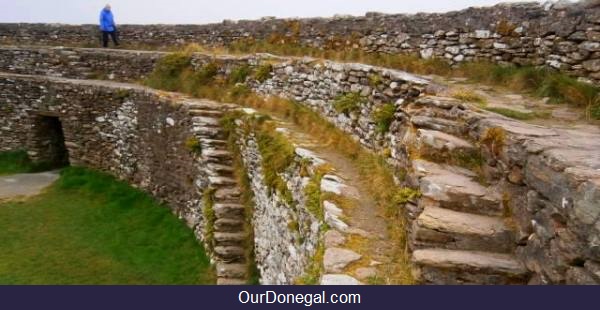 This ancient Celtic fort with magnificent hilltop views is among the most intriguing places to visit in Ireland.  Grianan of Aileach was built on the site of a former Tuatha de Danann ﻿palace in Inishowen, Donegal Ireland.

The original fortress served as a seat of Celtic kings and High Kings of Ireland for millennia.   Grianan of Aileach was a stronghold of the O'Neill and MacLoghlin dynasties. 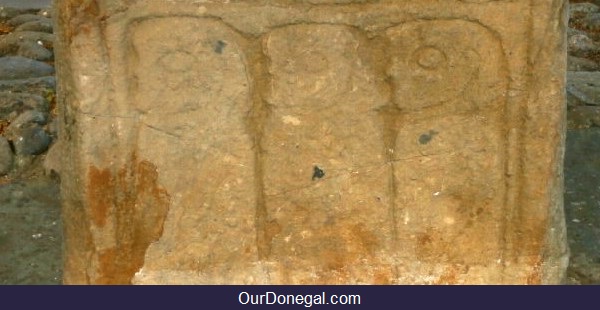 The pretty town of Carndonagh is in the northern part of Donegal Ireland's Inishowen Peninsula.  The town has a strong Celtic Christian history going back to St. Patrick, who established a monastic settlement there.

Look for St.Patrick's Celtic high cross and 'the marigold stone' on the outskirts of town.

Carndonagh is near Malin Head, where the dramatic Wild Atlantic Way touring route begins, and where the Milenium Falcon landed recently for a scene in the upcoming Star Wars Episode 8. 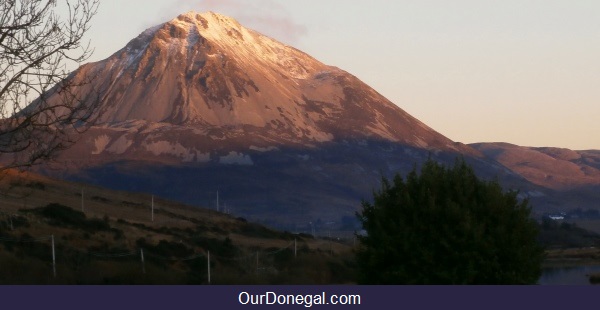 At over half a kilometer high, the contrast between Errigal mountain and the sheer depth of the enchanting valley below it is one of the most captivating sights in Donegal.

Part of the Derryveagh mountain range, Errigal is located between Gweedore and Glenveagh National Park (see above). 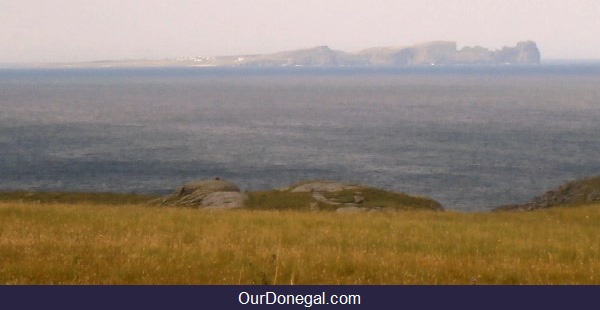 Believe it or not, this spectacular 'rock' some eleven kilometers off County Donegal's Northwest shore is inhabited, and has been for millennia.

Past residents range from pre history Fomorian pirates of the Atlantic to the much later Celtic Saint Columba and his monks. 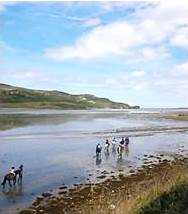 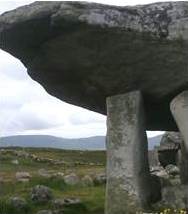 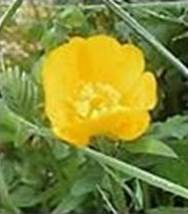 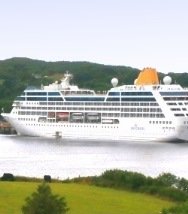