By Judith In The USA 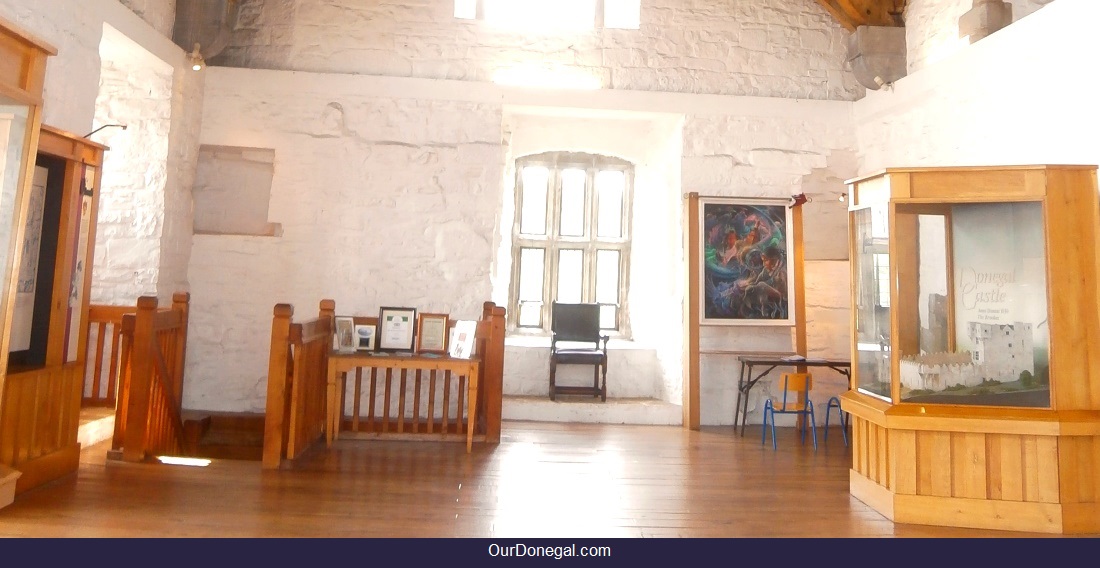 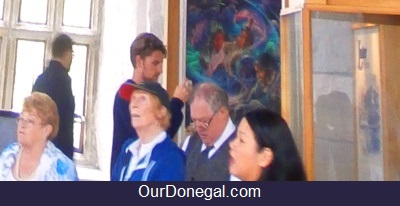 Reader Question: Please tell me about the painting representing the US Choctaw Indian nation. I tried Googling it but find nothing.

Our Reply: The painting you refer to is probably 'Clann Spirits'. This beautiful work is one of many created by the accomplished Choctaw Indian artist and author, Waylon Gary White Deer.

The original painting is on permanent display on the top floor of Donegal Castle in the heart of Donegal Town. This is a fitting location for it, being the historic seat of the great O'Donnell Gaelic Celtic Chieftains. The castle was originally built in 1474 by Chieftain Red Hugh O'Donnell The First, whose monument stands on the nearby pier. The painting 'Clann Spirits' can be viewed as part of the castle tour, as shown in the above photos.

This painting depicts First Nation peoples in traditional dress. They merge seamlessly in a dreamlike way with bison, wolves, an eagle and a horseback rider, all suspended in a swirling fusion of timeless celestial, planetary splendor. The vibrant rich colors and abundance of detail accentuate the painting's impression of cyclical movement and drama.

The 'Clann Spirits' painting apparently represents a little-known connection that has existed between the people of the Choctaw nation and the people of Ireland since 1847...

Historically, the Choctaw had endured oppression, persecution and banishment of a similar tragic nature to that endured later by the Irish during the catastrophic Irish 'famine'. On hearing of the plight of the Irish, these kindhearted selfless people scraped $170 together, a significant sacrifice while suffering hardships of their own, and sent the funds to Ireland during the worst of the Irish 'famine'.

More recently, in the mid 1990s, the connection between the two nations was re kindled when a group from Ireland visited the Choctaw people with a presentation, in appreciation and recognition of their ancestors' kindness. Waylon Gary White Deer later moved to Ireland. After traveling to various parts of the country, he finally chose scenic County Donegal as his new home, and set up his art studio near Errigal Mountain.

Because of the painting's copyright, we're unable to feature it in its own dedicated photo. If you search the artist's name though, also Donegal Choctaw and Google images, on Google.ie you might discover some more interesting facts.

Thanks so much for your question.

Rate this Article, and Leave a Comment about it...