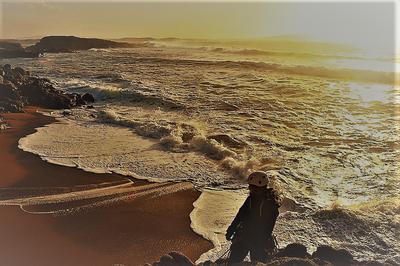 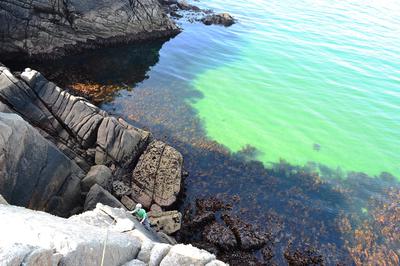 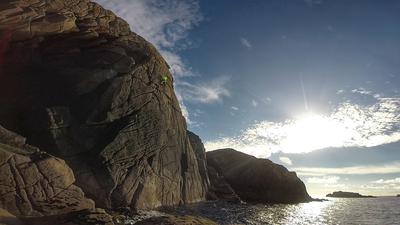 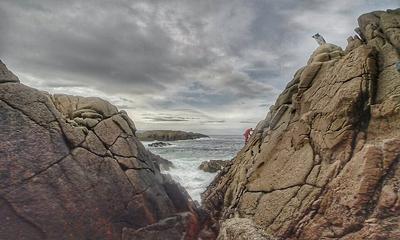 With hundreds of recorded routes on numerous sea cliffs, Cruit Island, County Donegal, is one of the most developed locations to rock climb in Ireland.

Cruit lives at the western tip of the Rosses area, in the west of the county. It is home to a shade under 400 recorded routes from Diff to E4.

The climbing on Cruit is on the 27 granite sea cliffs located around its coastline. The pristine crystalline rock is characterized by it's mixture of very coarse granite crystals and it's immaculate smoothness where the sea has scoured it over the centuries.

In the main the cliffs are 10 meters high with the largest cliffs at 20m high being found in "The Albatross Zawn" area.

Climbing is possible at all tide states and in all sea conditions. The multitude of cliffs on the island have many orientations and aspects. This allows climbing on lee cliffs whilst other cliffs are being battered by monstrous seas that frequently roll onto the island from the south west through to north direction.

The climbing on Cruit is in four very different sections of the island. The bulk of the popular climbing is found in the central section, along the coast from The Albatros Zawn to The Lost Walls.

Access to Cruit could not be easier as it is joined to mainland Donegal by a wee single-track bridge joining the island to the R259 road between Annagry and Dungloe.

Once on Cruit the access to the cliffs is even easier, as a single-track road runs the length of the island coming within 10 minutes walking distance from even the most "remote" of the climbing locations on the island.

Camping is permitted on the island on the area of flat ground just beyond the graveyard on your left, approximately 2 kilometers after you cross the bridge onto the island.