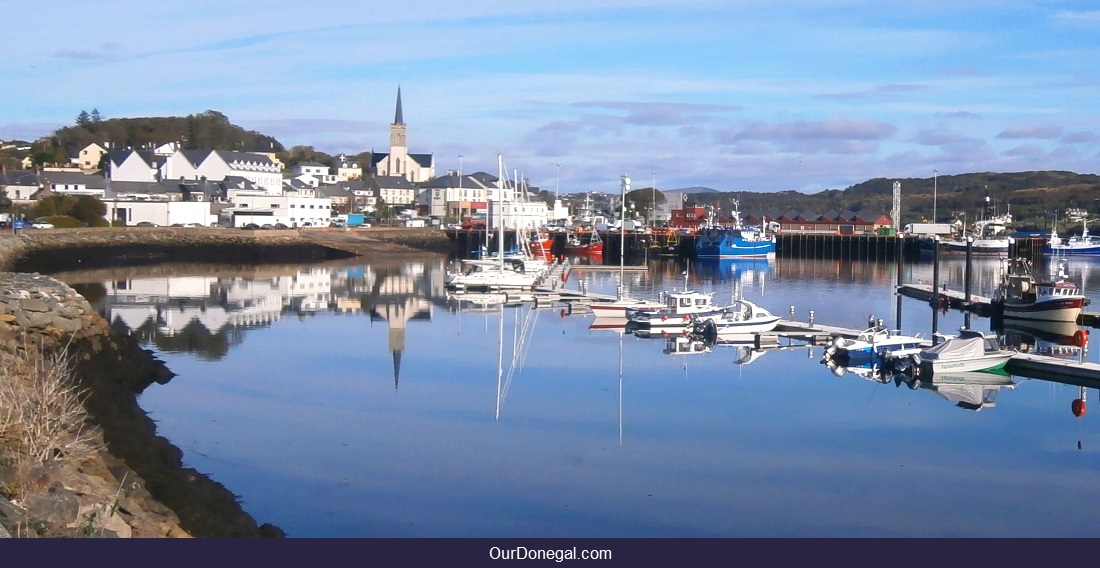 County Donegal was voted the 'Coolest' place on earth in 2017 by National Geographic, the UK's prestigious Travel magazine.

In southwest Donegal, there's a pretty little town that might just be the 'coolest' destination in the county.  Killybegs Donegal Ireland is perfectly placed for exploring the wild coastal beauty and heritage of this ancient remote region.

Southwest Donegal has a phenomenal, yet scarcely discovered Celtic heritage that spans millennia.  The magnificent Slieve League Cliffs are also here.  You can enjoy these, and other attractions on land and sea from Killybegs.

Additionally, the town of Killybegs has a few 'cool' attractions of its own.  The best way to enjoy those is on foot... 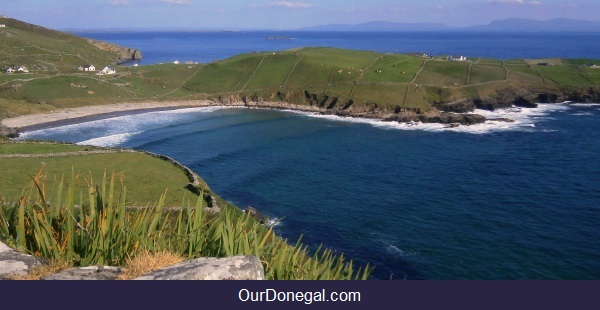 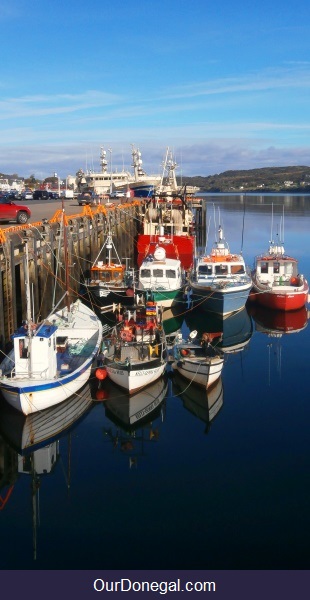 The relaxed, friendly atmosphere of Killlybegs makes the town seem more like a pretty coastal village, than the most important fishing port in Ireland that it is.

The town's two hotels, as well as popular Ahoy Café, the Killybegs Information Centre and other premises line the waterfront, just meters from colorful fishing trawlers and bopping pleasure boats.

Strolling along the waterfront, you'll probably notice an occasional boat slicing silky waves across the harbor's deep, dark waters.  Flocks of excited seagulls will always alert you to any on-board presence of fish.  You'll see them in aerial pursuit of a possible tasty meal!

Along the way, it's worth visiting the Killybegs information Centre (contact details below).

The knowledgeable, friendly staff at this center will tell you what's happening locally during your stay.  They'll also advise you of the attractions you can explore in Donegal's entire Southwestern region, and beyond.

This is also where you can get your tickets for the popular 'Hidden Gems On The Edge' and the new 'Hidden Delights Of Killybegs' guided day tours.

If you're wondering about travel or accommodation, they can help you with those as well.  And while you're there, pick up a handy copy of the town's heritage trail booklet.

This informative booklet outlines fourteen key points of interest in Killybegs that you can discover on foot.  The trail focuses on the town's history, heritage and architecture.

The elaborately carved gravestone of the heroic Gaelic Celtic warrior and chief of his clan, Niall Mór Mac Sweeney, is on outdoor display near the side-gate of the Church of Saint Mary of the Visitation in Chapel Lane.

The warrior chief ruled over a region of Southwest Donegal historically known as Bannagh.

According to the Annals of the Four Masters (Annals of the Kingdom of Ireland), this Mac Sweeney chief died on the 14th of December1524 in his castle at Rahan.

The castle's historic ruins, though now scant, are still visible on the north-western shores of Saint John's Point Peninsula, near the popular Castle Murray guesthouse.

The strategically positioned Rahan Castle was the chief's main stronghold.

Niall Mór Mac Sweeney's gavestone was moved to Saint Mary of the Visitation Church, Killybegs in 1868.

The gravestone's original location was at the Franciscan friary, Ballysaggart on Saint John's Point Peninsula, where the great warrior chief was buried. 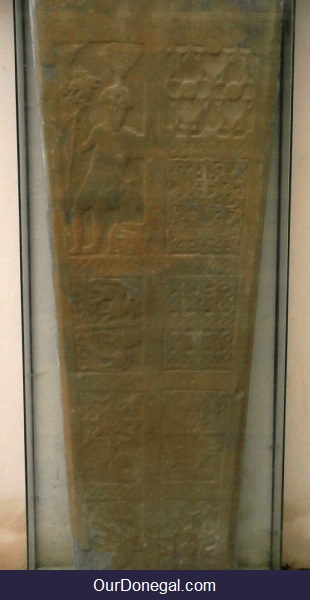 Saint Catherine's Church, dedicated to Saint Catherine of Alexandria, is the oldest surviving building in Killybegs.  It was most likely built by the Gaelic Celtic Mac Sweeney clan ruler of the day (an ancestor of Niall Mór) for a community of Franciscan friars. 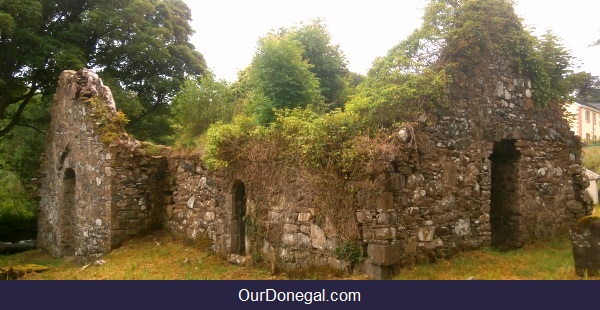 The tranquil ruins of this historic Celtic Christian church and surrounding graveyard are on the town's outskirts, near the mouth of the harbor, where the former medieval town of Killybegs once stood.

While Saint Catherine's Church is verified to have existed for more than five hundred years, some even believe that it dates as far back as the 12th century.

According to the book 'St Catherine's Church and Graveyard' on sale at Killybegs Information Centre (contact details below), the main body of this church dates to the 1400s.  The transept was added in the 1500s.

The above book also contains a wealth of information about the surrounding graveyard that may help if you're researching family history.

The earliest surviving gravestone is for John Lindsey who died in 1685.

And the most recent burial was that of 18 year old V. H. Lavery, who perished aboard the British Royal Navy ship, HMS Corncrake on the 25th of January 1943 during World War Two.  The ship was lost off the Donegal coast during a treacherous Atlantic storm, while escorting a Canadian Royal Naval convoy to Gibraltar.

Tradition holds that Saint Catherine's Holy Well was established by a group of Coptic monks from Egypt, who prayed to the great saint for help while in grave danger at sea during a ferocious Atlantic storm.  The monks were subsequently washed safely ashore at Killybegs and established the holy well in a gesture of gratitude and honor to the saint.

This event is said to have preceded Saint Patrick, who returned to Ireland as Bishop in AD 432, following his dramatic escape from slavery.

At the top of the hill, the scant remaining ruins of historic Kit's Castle stand just above the well.

Historic Buildings On the Heritage Trail 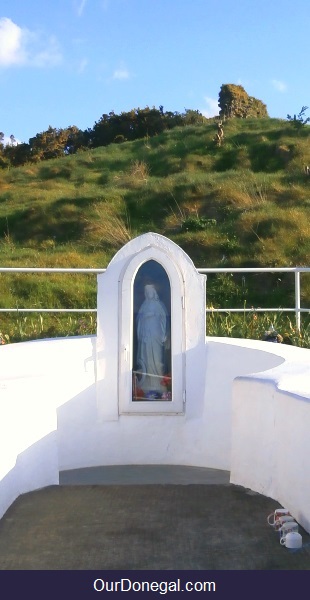 The Killybegs Maritime And Heritage Centre

The official title of this interesting and fun center is... 'Killybegs International Carpet Making And Fishing Centre' (Whew!).  It is housed in the historic buildings of the former 1898 carpet factory, built by Scottish entrepreneur Alexander Morton.

Skilled workers in this factory once produced luxury hand-loomed wool carpets that, today, still grace the floors of distinguished establishments such as the White House and Buckingham Palace.

You can take a short guided tour at the center to learn about this, and the other historic industry of Killybegs Donegal Ireland, fishing.  Do test your nautical skills on the interactive bridge simulator.

It might surprise you to discover the world's largest carpet loom there.  The forty-two foot long artifact is still in good working order, and there could even be an opportunity for you to try it out! 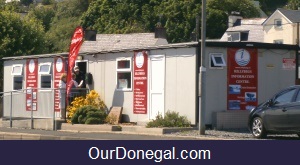 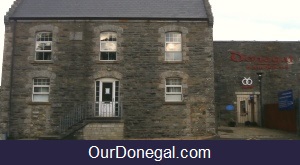 A Question For You

Is Killybegs Donegal Ireland the 'Coolest' destination in Donegal?

Let us know what you think in 'Facebook Comments' below... 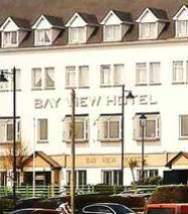 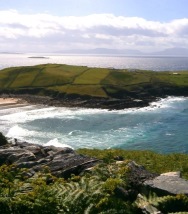 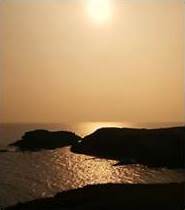 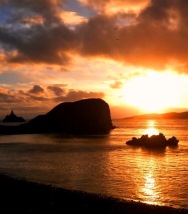