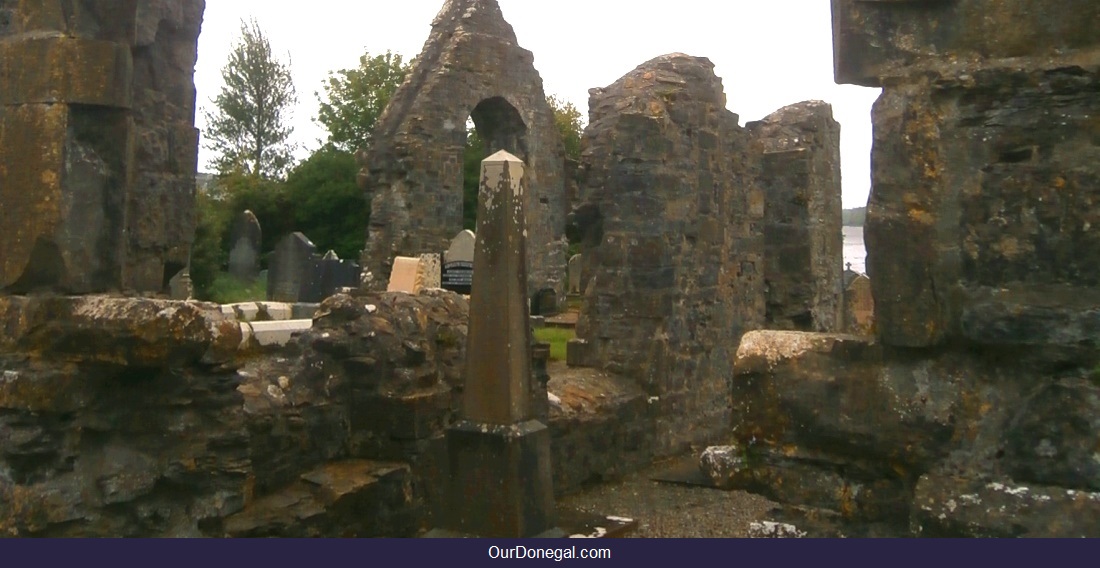 The ruins of historic Donegal Friary in Donegal Town

Learn How Donegal Friary Came To A Dramatic End
The Young Celtic Chieftain Who Defended It, And The National Treasure Produced By Four Heroic Masters 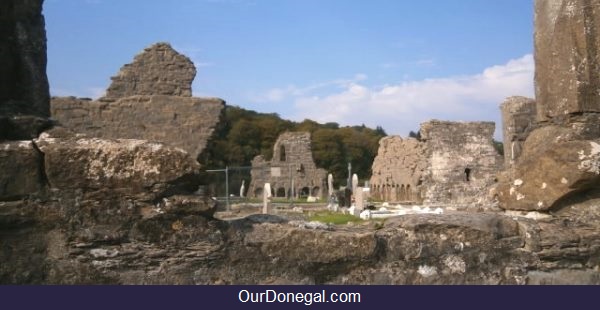 Better known as Donegal Abbey, this historic friary at the mouth of scenic Donegal Bay was so well built, that its ruins alone have withstood over four hundred winters of driving Atlantic storms.  And not a few 'tail-ends' of hurricanes.

The worst destruction of all to this sacred building, though, was caused not by nature but by man.

And yet Donegal Abbey's greatest legacy came after its horrific destruction...

The Destruction Of Donegal Friary

The peaceful existence enjoyed by the Franciscan friars of Donegal Abbey for over a century and a quarter, was coming to an end.  The powerful invading Crown forces of England had set their sights on Donegal, and not even the great O'Donnells would ultimately stop them... 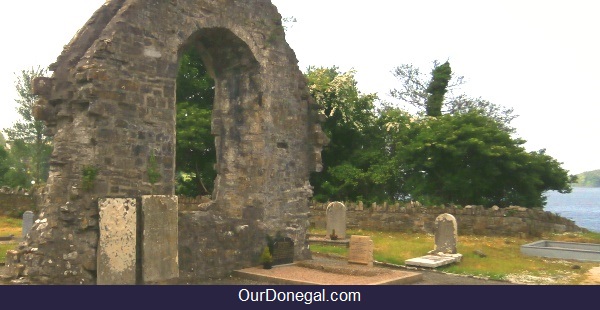 At age 15, Red Hugh II was kidnapped by the English and held for several years at Dublin castle.  Following a daring escape, the popular Celtic prince was inaugurated Chieftain of Tirconnell in May 1592.

But Red Hugh's brother-in-Law, Niall Garbh, accepted a 'bribe' from the English to treasonously transfer his allegiance to their side.

In the Chieftain's absence, Niall Garbh and his troops then captured Donegal Town for the English.  Niall established his military camp at the Donegal friary, where generations of Red Hugh's ancestors were buried.

On hearing the terrible news, the Chieftain sped home and engaged his brother-in-law in a fierce battle to re-claim the territory. 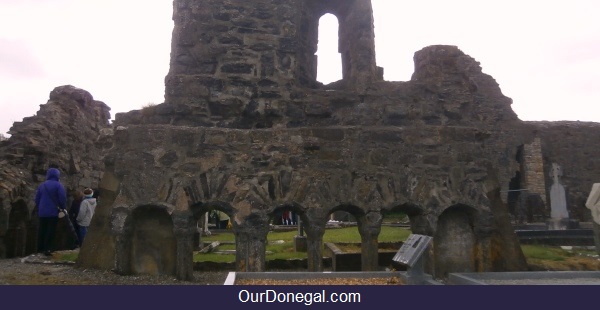 The massive explosion ripped the friary to pieces, launching airborne masonry in every direction.  The beautiful Donegal Abbey was destroyed in a heartbeat.

The extensive woodwork blazed a raging inferno all night, as the bloody battle ensued.

Hundreds of Niall Garbh's soldiers were instantly annihilated in the explosion.  Others were crushed to death under collapsing walls and the flying debris.  And almost a thousand more died retreating back into the flames.

The following year Red Hugh, the valiant Celtic Chieftain, died and was buried in Spain.

In 1610, with English dominance of Ireland now complete Basil Brooke, a captain in the English military, was given possession of Donegal Castle and Donegal Abbey.  He used the scattered stones of the ruined monastery to modify the castle.

As for Niall Garbh, for his reward, he was thrown into a miserable enemy dungeon until his death.

The Silver Lining In That Darkest Of Clouds

Although priceless sacred furnishings and irreplaceable manuscripts, which the friars had carefully rescued from the friary were later seized, debased and destroyed, the monks, though heartbroken, were unharmed.

Every one of the forty friars had successfully evacuated the monastery ahead of Niall Garbh's invasion.

'The Annals Of The Kingdom Of Ireland'

The displaced friars of Donegal Abbey later facilitated the writing of a manuscript called 'The Annals of the Kingdom of Ireland'.  The history of ancient Ireland was transcribed, salvaged and preserved for future generations. 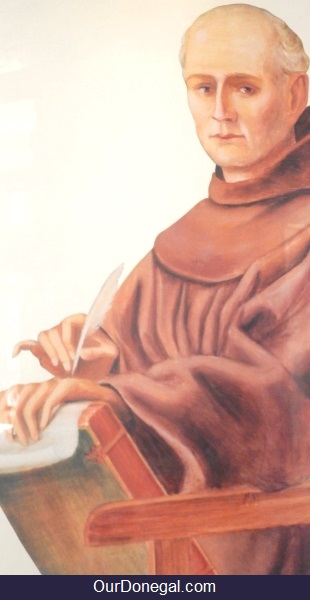 The work became known as 'The Annals of the Four Masters' after the four learned historians and scribes who compiled it.

A Wonderful Gift To Humanity

The 'Annals of the Kingdom of Ireland' were completed in 1636 in a place, or places of refuge either near the river Drowes and Bundoran, and/or in the vicinity of Lough Eske and Killymard just outside Donegal Town.  Solemnly signed by its four authors, the manuscript was then shipped out of Ireland for safe-keeping in Europe.

It is thanks to these heroic Celtic patriots...

...that an authentic record of Ireland's ancient Celtic and pre Celtic history is still available to the world today.

Partially sourced from  'The Rise and Fall of the Irish Franciscan Monasteries, and Memoirs of the Irish Hierarchy in the Seventeenth Century'
by Rev. Charles Patrick Meehan M.R.I.A., 1870 (Link opens new window).