Donegal Abbey And A Celtic Dynasty 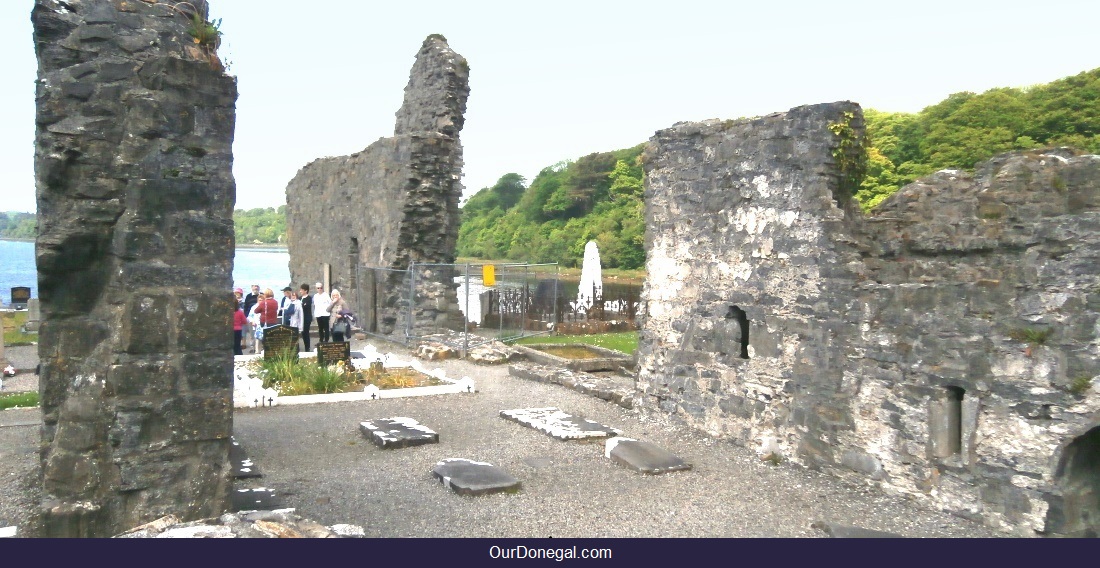 Discover How Historic Donegal Abbey Was Founded
The Powerful Celtic Dynasty Behind It And The Chieftain's Wife Who Refused To Take 'No' For An Answer! 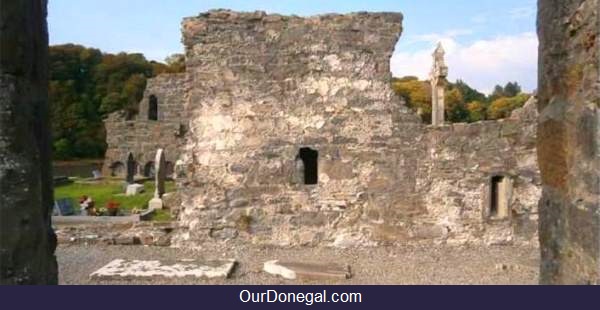 The abbey ruins in Donegal Town

This historic Celtic abbey in Donegal Town was completed over 540 years ago, in the same year as O'Donnell Castle.

The abbey was built in 1474 to accommodate a newly arrived community of Franciscan monks.

Why did these Franciscans move to Donegal?

It all started with the O'Donnells.

Here is the abbey's beautiful history...

Donegal Abbey, The Chieftain... And His Wife

Red Hugh O'Donnell the First was the powerful hereditary Celtic Chieftain of Donegal.  His wife, Nuala, was a daughter of another powerful Chieftain, O'Connor Faily of Leinster.  It was under their influence that the abbey was built and the Franciscans established their new community in Donegal Town. 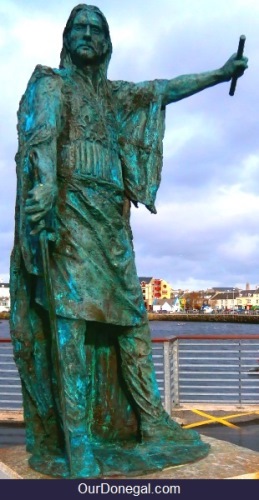 The newly arrived Franciscans had journeyed to Donegal because Nuala had asked them if they would establish a monastery there.  The Chieftain's wife had visited the monks at Ross monastery in County Galway to make her case, accompanied by an entourage of noble Ladies and Celtic warriors,

Her idea wasn't too enthusiastically received initially, though.

Imagine her frustration when the good friars politely declined her request.  But Nuala O'Connor was not taking 'no' for an answer.

Tirconnell is an anglicized version of 'Tir Chonnaill', the ancient Celtic name for much of today's Donegal County.

'Tir Chonnaill' means 'Territory of Conall'.  It is the name of the territory of Celtic King, Conall Gulban, ancestor of the O'Donnell dynasty.

This, apparently, was her response...

"What!  I have journeyed a hundred miles to attain the object that has long been dearest to my heart, and will you now venture to deny my prayer?

If you do, beware of God's wrath, for I will appeal to His throne and charge you with the loss of all the souls which your reluctance may cause to perish in the territory of Tirconnell!"

Tirconnell is an anglicized version of 'Tir Chonnaill', the ancient Celtic name for much of today's Donegal County.

'Tir Chonnaill' means 'Territory of Conall'.  It is the name of the territory of Celtic King, Conall Gulban, ancestor of the O'Donnell dynasty.

The friars, in their wisdom, reconsidered...

The Franciscans in Donegal

Nuala and her entourage, on their return journey, had the privilege of accompanying a number of obliging Franciscans to their future home.

Those prayerful Galway monks formed the nucleus of Donegal's new monastic community.  Over time, their number increased to forty, the majority coming from the ancient Celtic families of Donegal.

The friars set about feeding and comforting the poor.  They educated the children of the O'Donnell Chieftains.  And they prayed for the foundress and benefactors of their monastery.

Nuala, however, did not live to see the abbey completed in all its Celtic devotional splendor.  That privilege would fall to her successor, Red Hugh's second wife Fingalla, daughter of Conor O'Brien, King of Thomond.

Donegal Abbey Then and Now

Red Hugh O'Donnell the First spared no expense in helping the Franciscans build and furnish their new monastery.  And with the generous support of successive O'Donnell Chieftains, the faithful monastic community thrived in Donegal Abbey for over a century and a quarter. 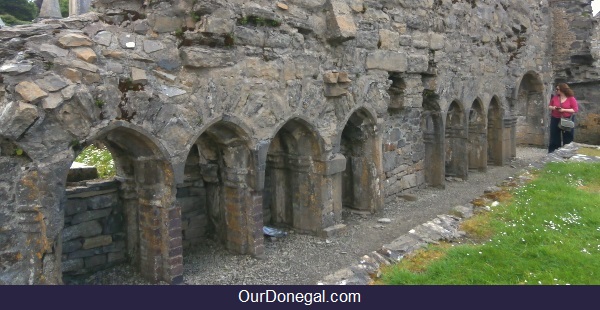 Detail of the abbey cloister

And there was access to a bountiful supply of salmon, and other fish from the Eske estuary,  just below the kitchen.

The abbey was unsuccessfully defended from enemy attack by Red Hugh O'Donnell the Second in 1601 and was destroyed in the dramatic battle.

The grounds of the abbey are now a cemetery.

Partially sourced from 'The Rise and Fall of the Irish Franciscan Monasteries, and Memoirs of the Irish Hierarchy in the Seventeenth Century'
by Rev. Charles Patrick Meehan M.R.I.A., 1870 (link opens new window.).