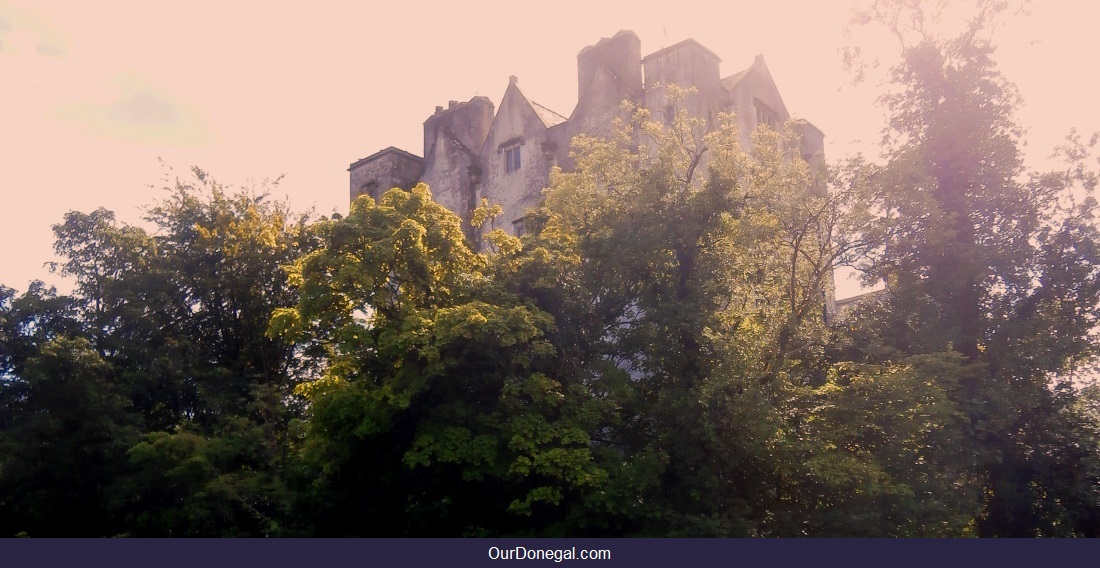 You'd hardly believe what this unique Celtic castle has been through in the 540 years, plus, of its dramatic existence.

Strategically situated on the meandering river Eske, the former Donegal stronghold of Celtic Chieftains endured enemy occupation, was re-claimed... and then burned.

As if that wasn't enough, the castle fell to the enemy again.  This time it was subjected to a renovation with a difference.

Here's how it all happened... 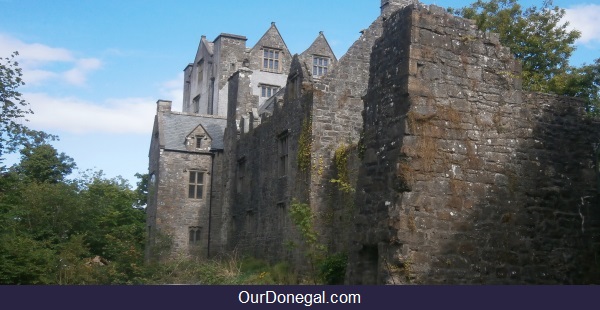 Donegal Castle was originally built by Chieftain Red Hugh O'Donnell the First in 1474.  The powerful Celtic Chieftain of Donegal also facilitated the construction of nearby Donegal Abbey, completed the same year.

This largest, most strongly fortified of all Ireland's Gaelic Celtic castles, was built in the form of a towering keep.  The castle was the main residence of O'Donnell Chieftains and their families for over a century and a quarter.

In 1601 the castle was temporarily occupied by invading forces under the powerful English Crown.  Those same forces had also invaded, and then demolished the Donegal friary.

Amid a lengthy siege, the heroic young Celtic Chieftain succeeded in re-claiming his castle. 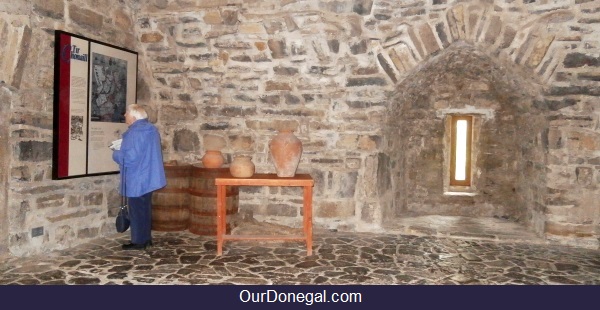 The Battle Of Kinsale, The Chieftain's Death

Meanwhile, Spanish military support had arrived at the far end of Ireland, in County Cork.

On hearing of the Spaniards' arrival, Red Hugh withdrew his troops from Donegal.  He then marched the long journey south to Cork with his army.

The Chieftain joined forces with the Spanish against the English Crown in the historic Battle of Kinsale.

Red Hugh O'Donnell the Second died and was buried in Spain in 1602, while raising further military support for the cause of Irish liberty.

The Castle is Burned

Prior to his departure, the O'Donnell Chieftain dramatically burned his castle to make it useless should the enemy capture it again.

Sure enough, just a few years later what remained of the castle had once again fallen to the English Crown, who by then had full control of Ireland...

The once beautiful Gaelic Celtic castle of the O'Donnells, along with their extensive lands, was subsequently granted to an English military Captain in 1610.

Captain Basil Brooke, later Knighted, had played a significant role in the overthrow of Gaelic Ireland. 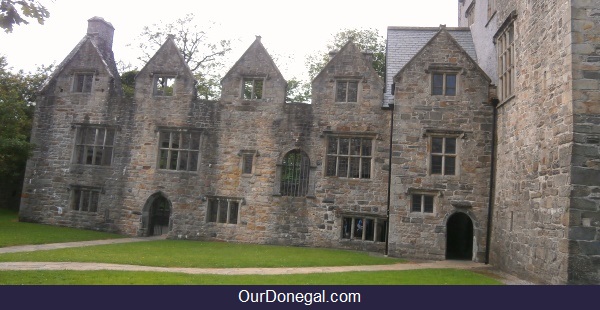 The English captain built himself a manor-house, as an extension onto the south-western side of the O'Donnell castle.

The captain also renovated the castle itself.

The new manor-house, along with the modifications to the castle, added a unique jacobean-style twist to the original Celtic look of the castle.

Donegal Castle was, at that time, already almost 140 years old.

In addition to the O'Donnell castle and lands, Sir Basil Brooke received the ruined shell, and accompanying lands, of the Donegal friary.

The Knighted Captain used the scattered stones from the sacred ruins of the abbey to refurbish Donegal Castle.

The Jacobean style of architecture is associated with English Monarch, King James I.  He ruled from 1603 to 1625.

The style contained elements of Dutch and German influence.

Sir Basil Brooke was also given English Crown-imposed Customs and Excise 'rights' over the River Eske from the castle to Donegal Bay.

The river Eske was an abundant source of fish.

The O'Donnell Castle Donegal Town was occupied by Sir Basil Brooke until his death in 1633.

After his death, the estate passed to his son Sir Henry Vaughan Brooke, Member of the English Parliament governing Donegal County.  Vaughan Brooke was in possession of further estates in neighboring County Fermanagh.

After several more transfers the neglected castle was eventually abandoned.

In 1898, the dilapidated castle was placed under the guardianship of the Office of Public Works.  Approximately 100 years later, that office conducted restoration works on it.

A favorite tourist attraction, Donegal Castle is now open to the public. 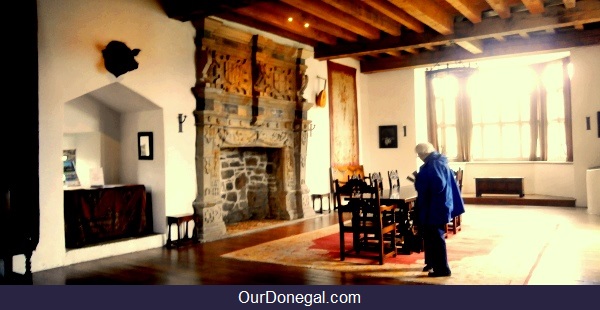 The damaged parts of the original Celtic castle have been restored, as have the Jacobean features added by Sir Basil Brooke.

The exception in the manor-house is a small section which was roofed, providing access to the castle.

Could this be the only Gaelic Celtic castle in the world with a Jacobean refurbishment, complete with Jacobean manor-house side-extension?

If you know of anything like it anywhere, do let us know, we'd love to hear about it.