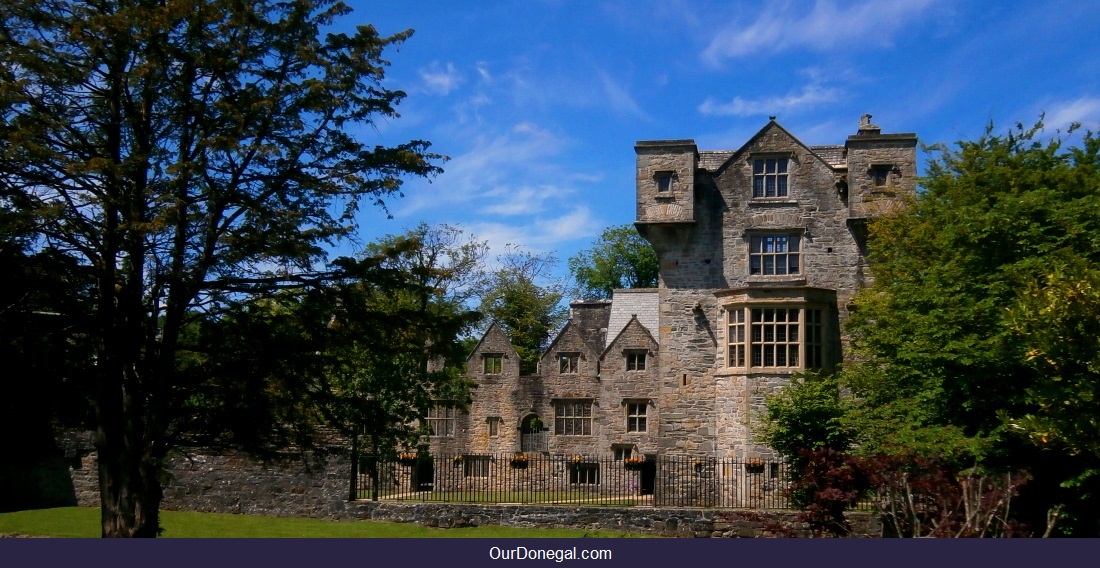 Donegal Castle was the stronghold of the O'Donnell Celtic Chieftains

They say the best things come in small packages, and that may well apply to the O'Donnell Chieftains' castle in historic Donegal Town.

Small by any standard, this pretty castle is positively bursting with a remarkable history all of its own.

Today, the meticulously restored castle is open to the public.

Ready for a virtual tour? 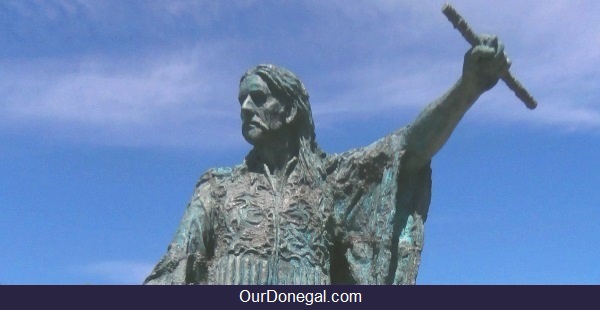 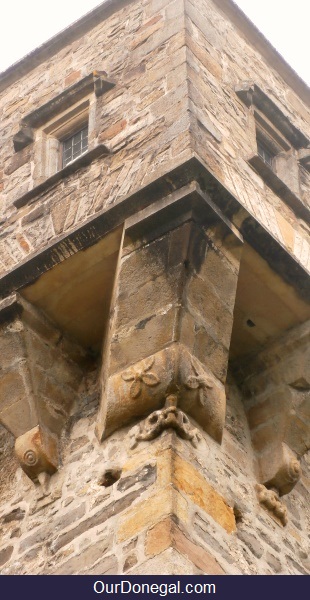 One of the turrets

Standing in the courtyard, you see in front of you the restored Donegal Castle of the O'Donnell Chieftains.

Unusually the elegant Celtic keep has modifications, and ruins of an adjoining manor-house, in a Jacobean style.

Some Jacobean details catch your eye...

Entry to the castle is through the slightly surreal, empty shell of the manor-house.

Pass the large fireplace in the former kitchen area, where servants cooked meals for the English military captain, Sir Basil Brooke and his household.

In contrast to the largely roofless shell of the manor-house, you are now inside a vaulted, cavern-like double chamber.

Stone by stone, the bare walls curve seamlessly up around you into Gothic-like intricate ceilings.  The walls here are more than three meters deep in places. 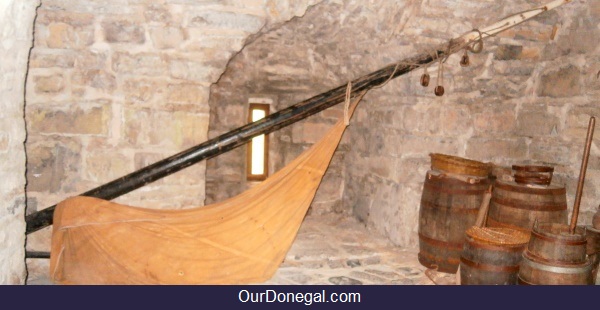 An old ship's mast and sail, with barrels

This intriguingly atmospheric part of Donegal castle is more than 540 years old - it dates back to 1474.

Moving in the direction of the stairs you notice, among other items, a mast from an old ship.  Its once white sail is now yellow with age.

During the reign of the O'Donnell Celtic Chieftains, Donegal Town was a thriving center of international commerce.

Ships transported cargoes to the bustling wharf near the castle, and delivered barrels full of locally caught fish from there to northern Europe.

This amazing spiral stairway, built of stone, was designed to give the O'Donnell Chieftain a few strategic advantages during combat... 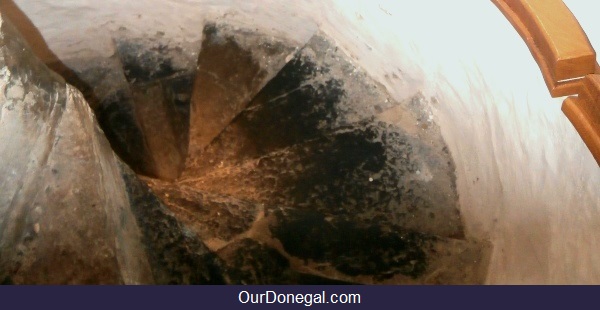 You'll appreciate the handrails, a modern concession to safety!

Having mastered the trip stairs, you are now in the castle's lovely bright banqueting hall.

From this level up, considerable restoration works have been conducted.

The stuffed head of a wild boar suggests what might have been on the banqueting menu... mmm!

Climbing another flight of stairs, you are now on the top floor.  This is where you get to explore the castle's fascinating history.

Take the time to examine the displays, learn about the powerful O'Donnell Celtic dynasty that lived here, and enjoy surveying the scale models of the castle.

It will take you approximately an hour to amble through Donegal Castle.

Guided tours are available throughout the summer.  Make sure you ask about Red Hugh O' Donnell's secret escape... and the O'Donnell connection with Saint Columba of Iona Scotland (Saint Colmcille)!

After you've seen the castle, grab a light lunch along the town centre's Diamond, then stroll to the nearby Donegal Abbey's historic ruins, with its scenic graveyard overlooking Donegal Bay.